I’ve been using this tool called Bloaty McBloatface1 to attribute the contribution of each swift module or file to our app’s binary. And it has worked out really well for me, the CLI tool is super fast, gives lots of information, supports diffing and has so many options that configurations and options that it’s difficult to explore it all in a single blog post.

In this blog post, we’ll go through the setup, and share a simple example of using the tool on an iOS app to identify what could be causing the binary size to increase over time for our iOS app.

Testing it out on our iOS app

Setting up the app project

Passing the dsym and iOS binary to bloaty 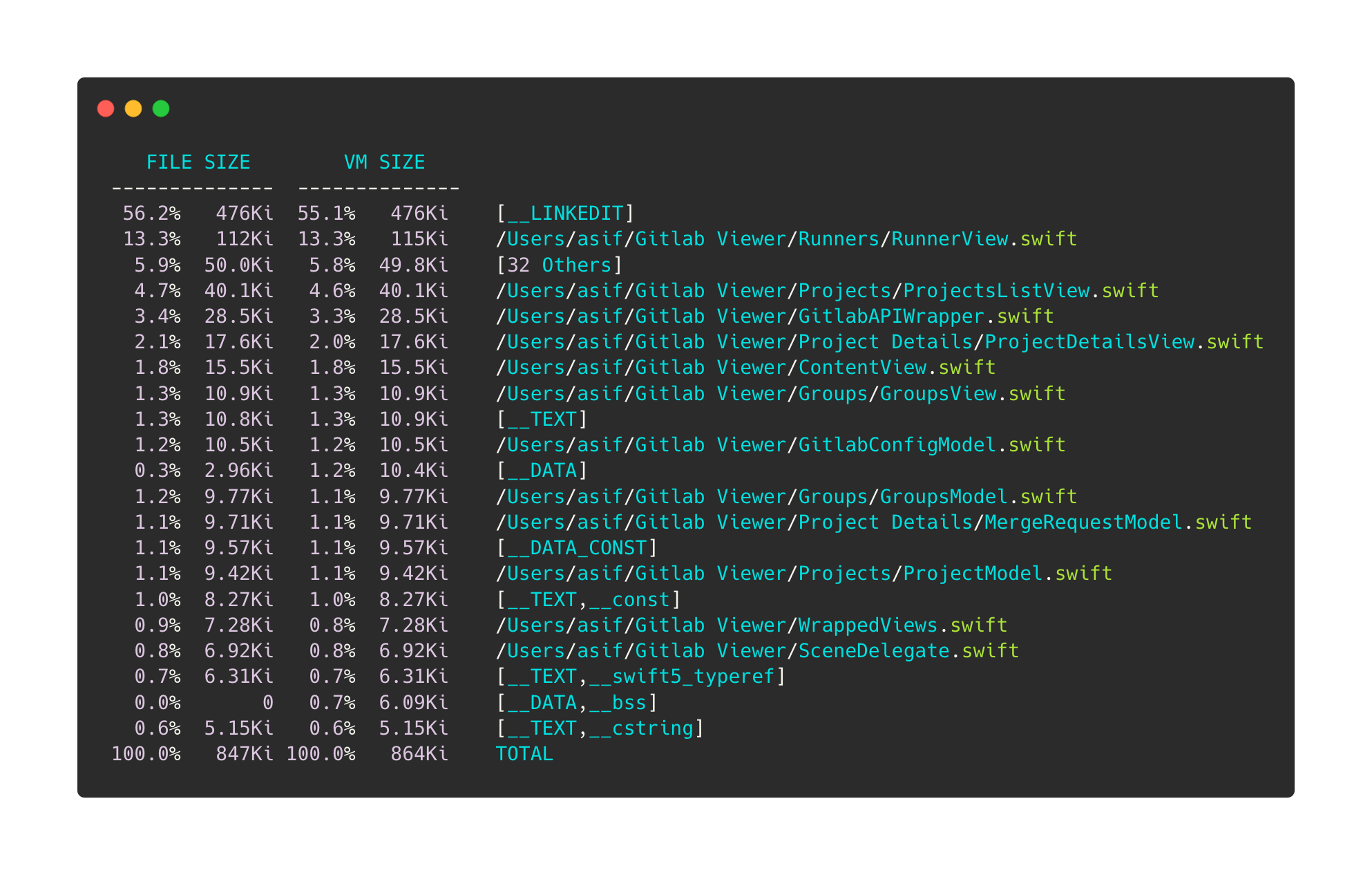 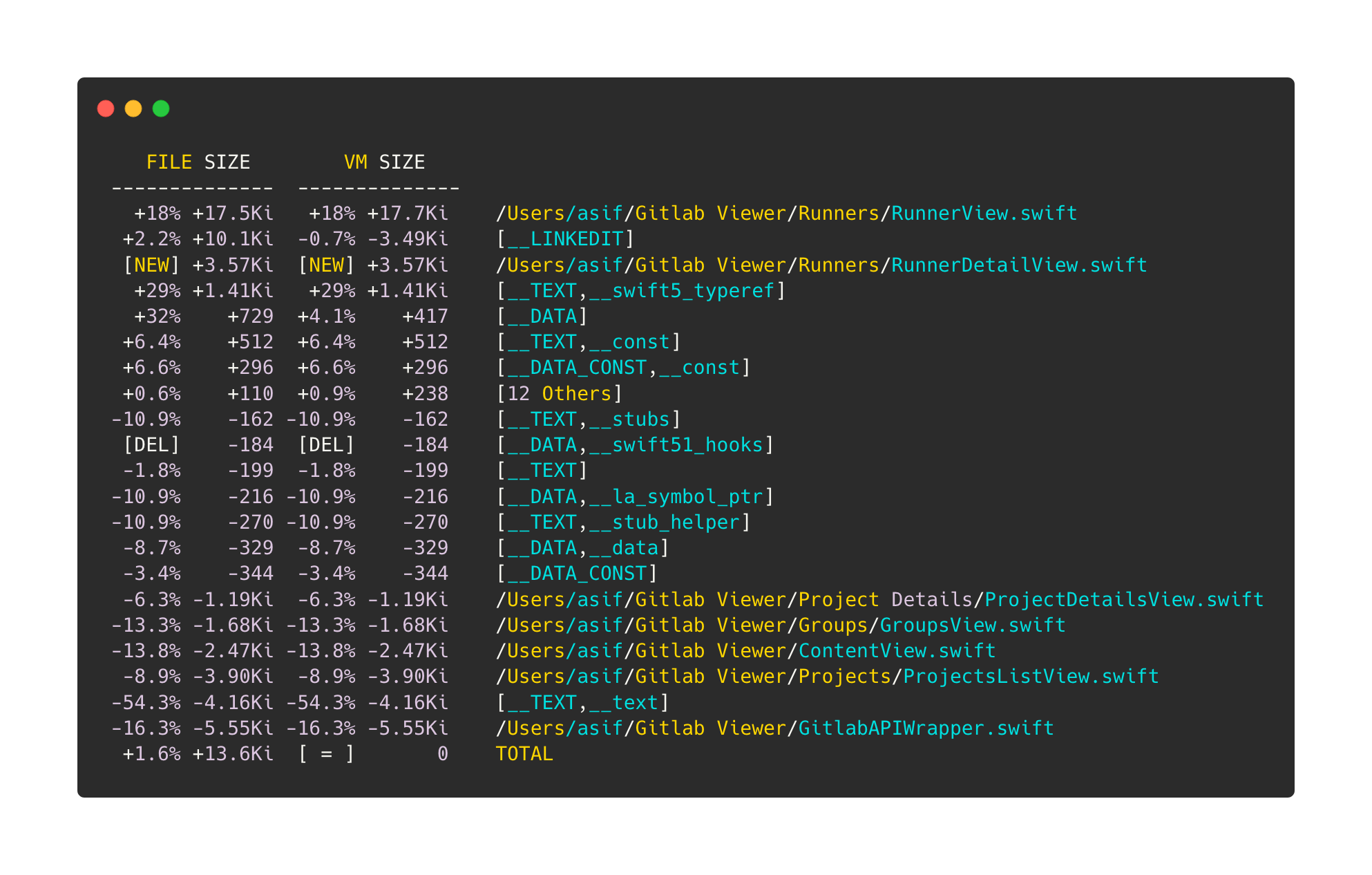 Where to go from here?